I am linking up with Wild Bird Wednesday and Nature Notes;

I am featuring the Anhinga  we saw on the Anhinga trail in the Everglades National Park this week.  It seems only right that they have a trail named after them in this park. We saw so many Anhingas, I would think their population is not at risk. 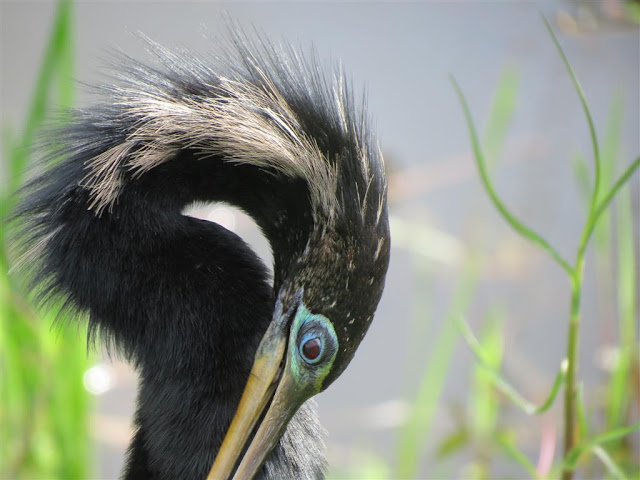 The Anhinga species is found all over the world. They are sometimes called a Snakebird, American Darter, or a Water Turkey. 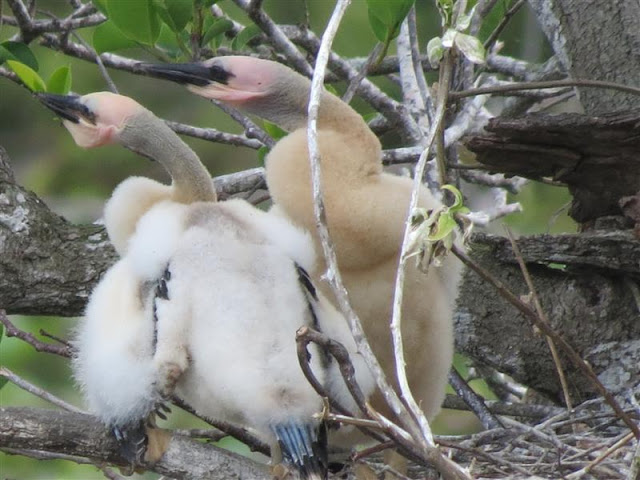 Anhinga rookery in the Everglades National Park. They are cute fluffy babies. 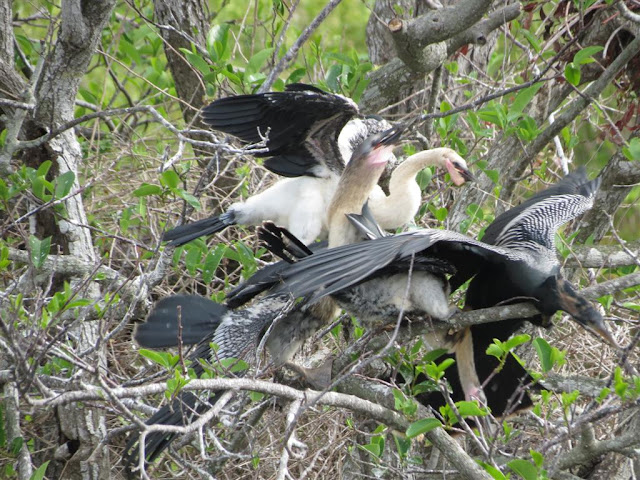 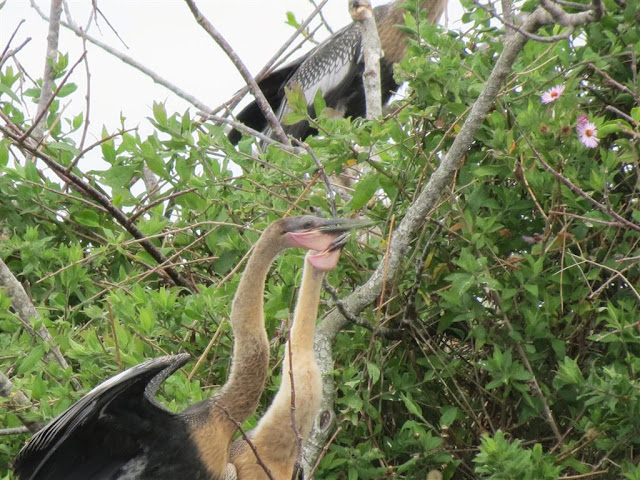 Juveniles will stay brown until after the second or third winter. 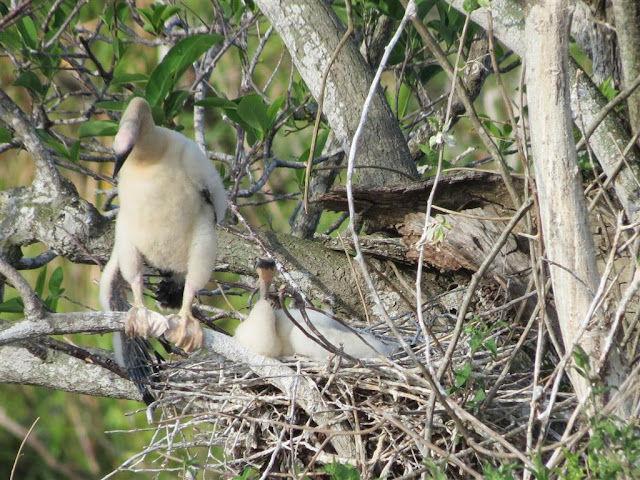 Within two weeks the tan down is replaced with white down. After three week from hatching the juvenile's first feathers will appear. The baby on the nest a the bald head, the down will appear later. 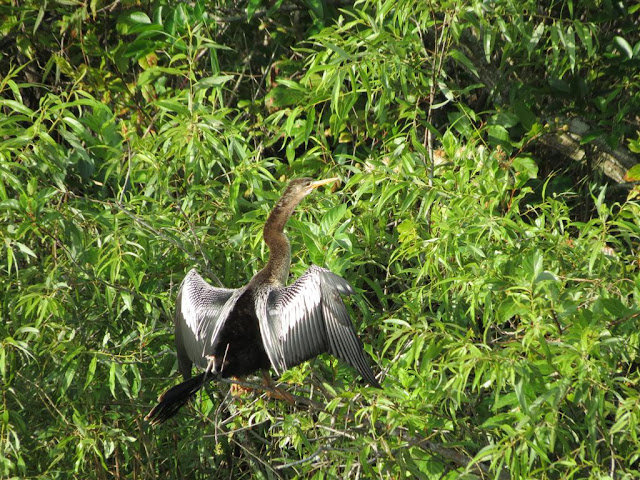 The female Anhinga has a light brown head and neck and upper chest. And the male is a glossy black-green and it wings and tail a black-blue. The tip of the tail has white feathers. The back upper part of the body is streaked with white.

Thanks for stopping by and for leaving your nice comments.
Join in and post your birdies and to see more beautiful and wonderful bird photos please visit:
Stewart's Wild Bird Wednesday and Michelle's  Nature Notes.
Thanks to Stewart for hosting Wild Bird Wednesday and thanks to Michelle for hosting Nature Notes.
I wish everyone a happy week ahead and Happy Birding!
at April 30, 2013

Happy Monday! Have a great day and a happy new week! "Life is bliss if spent close to nature." "Take only memories, leave n... 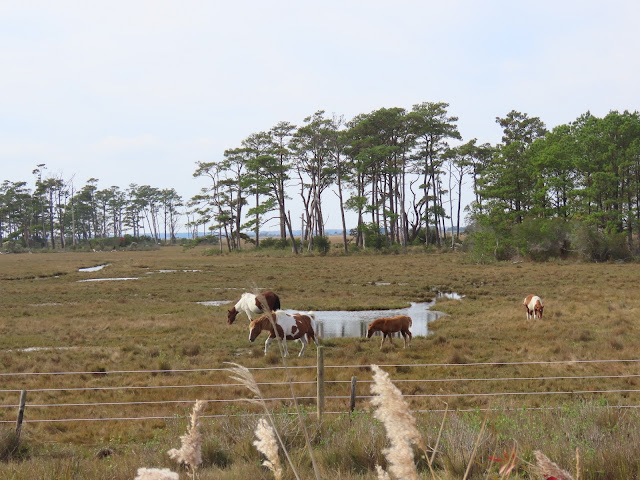