I am linking up with Mosaic Monday and Our World Tuesday

Happy Veteran's Day..I am thankful for the brave Veterans and our present Military service men and women.

I am still sharing some New Mexico trip photos, I hope you are not tired of seeing them. After leaving Carlsbad we headed to our next stop on our loop around southern New Mexico.  Hubby and I enjoyed a one night stay in the spa city of Truth or Consequences. There are several local hot springs and the first bath was built in the 1800's.

Our hotel was the Sierra Grande Lodge and Spa, the stay included the private hot springs soaks.

There is a story behind the name Truth or Consequences, originally called Hot Springs. The city changed its name to Truth or Consequences to the title of a 1950 radio show hosted by Ralph Edwards. Ralph announced that he would air the program from the first town that would rename itself after the show. Hot Springs won the honor. Ralph Edwards visited the town during the first weekend of May for the next fifty years. This weekend became an event with a beauty contest, parade and a stage show. 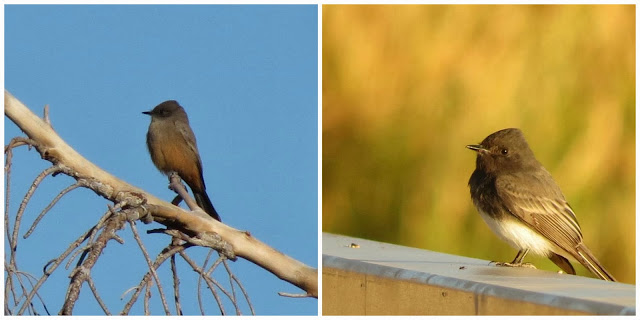 Above two of my trip lifers..the Say's Phoebe and the Black Phoebe.  When planning the night stay at Truth or Consequences I noticed that there were two state parks nearby that are considered hotspots for birding. I knew both parks were a must for some birding. We stopped at Caballo State Park before checking in to the hotel and we visited the Elephant Butte State Park the next morning . It was at the Caballo State Park where I saw my first Roadrunner, another lifer for the trip. It ran into some brush on the side of the road so fast, no Roadrunner picture of my first sighting. 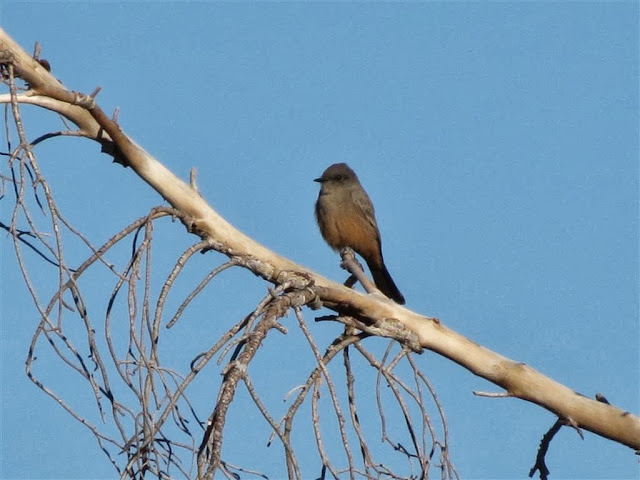 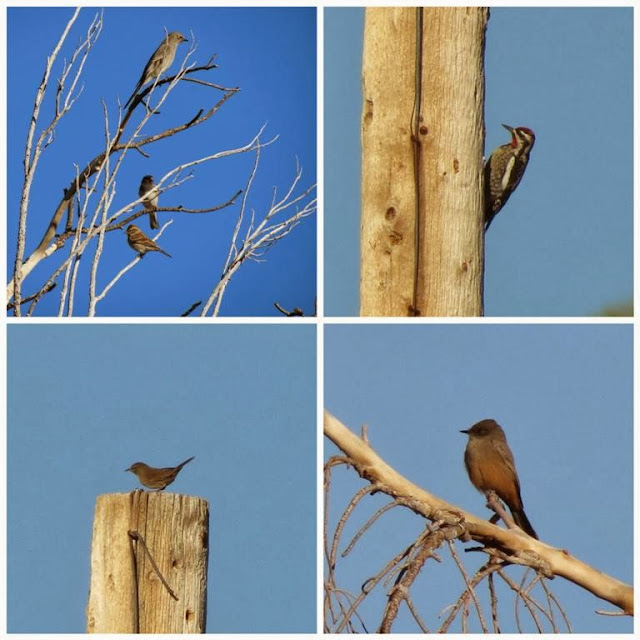 Pictured above a Townsend's Solitaire, Junco and Chipping Sparrow, top right is the Red-naped Sapsucker..bottom left is a House Wren and bottom right my lifer the Say's Phoebe. 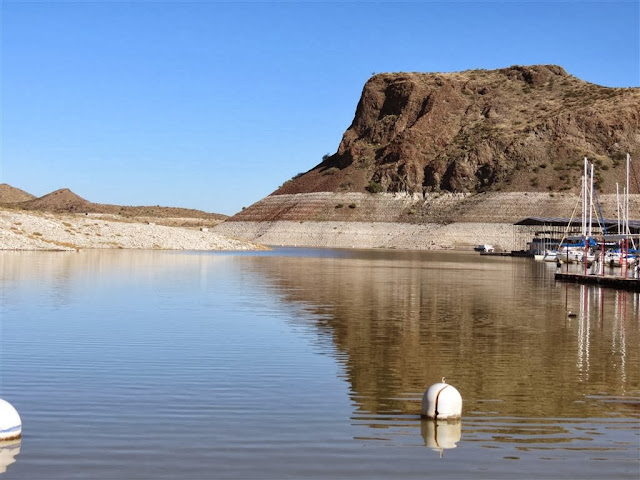 The water line is just amazing to me...how low can it go? 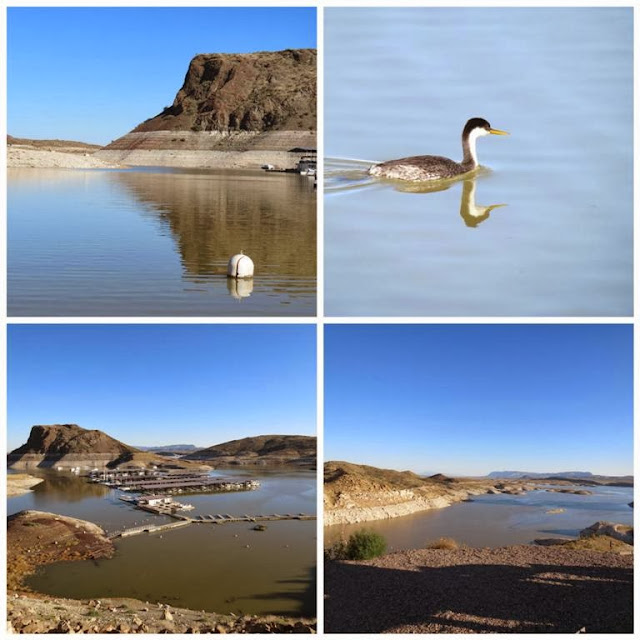 In the mosaic above is the Elephant Butte lake, New Mexico's largest body of water. It is amazing see the water line and just how low the water is now. It is reported to be the lowest since the 1970's. The Rio Grande River delivers water to the Elephant Butte reservoir.  The water level is at 3% of the reservoir's capacity. Another one of my lifers is the top right photo of a Western Grebe.

Our one night stay in T or C rewarded me with 4 lifers. The Black Phoebe, Say's Phoebe, the Roadrunner and the Western Grebe.

As always, I hope you enjoy my post and thanks for visiting my blog. I always appreciate your comments.

Thanks to our host: Mary our host of Mosaic Monday and to the hosting group of Our World Tuesday: Arija, Gattina, Lady Fi, Sylvia, Sandy and Jennifer.  I wish everyone a happy week!

Happy Monday! Wishing everyone a great day and happy new week! "Focus on the good and joy will follow." Snaefellsnes Peninsula, ... 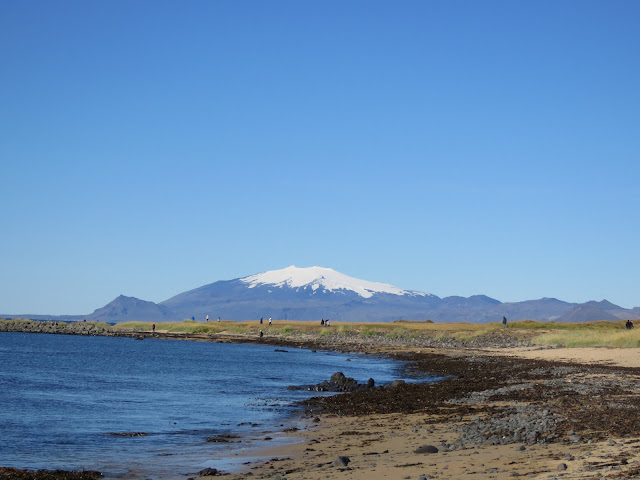