Following the lead of some posters to my listserve I was able to pick up a lifer- the Wilson'sSnipe at the Paper Mills Flats. 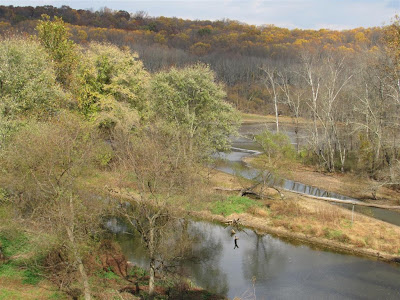 The mud flats is a great place for the birding, in the last month reports of a Golden Eagle and a Black headed Gull have been seen at the flats. I was thrilled to finally just to see my Wilson's Snipe. I have been wanting to see the Wilson's Snipe for years and the bird was always hard for me to find. On this day there were twelve of them together, great sighting for me. Sorry, my excitement over seeing the snipe might seem boring to some.

The Wilson's Snipe below they were a good distance away. But with my binoc's I was able to id them. Sorry, for the awful photo but since the Snipe is a lifer for me I just had too save it. 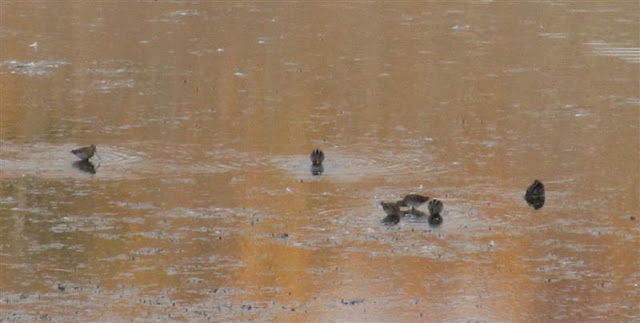 The Wilson's Snipe has a very long straight and dark bill. Its head and back have bold patterns in pale yellow and brown and a stripe across and near its eye. It seems that mud flats anywhere are a big attraction for birds. I assume they find a lot of food in mud flats when the water is low.


The mudflats also had a good count of ducks. After my visit at the flats I was offered a used Swarvorski scope. It was perfect timing for getting the scope to take on my Outer Banks trip. The scope really comes in handy for the birds in the distance like the ducks in the photo below. 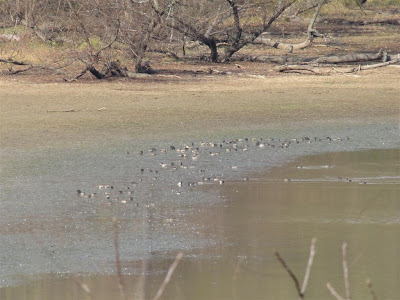 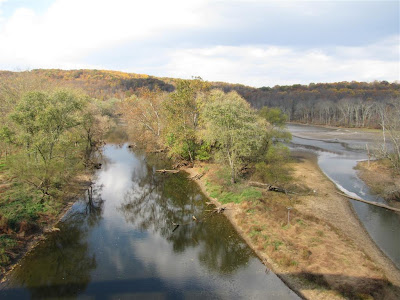 I thought the bridge's shadow was a cool photo. 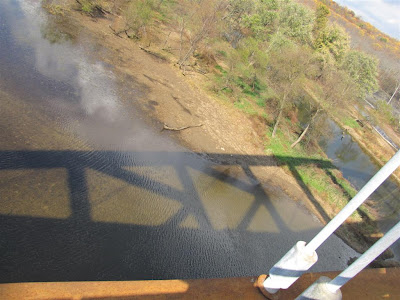 I am hooking up with Watery Wednesday, thanks to 2sweetnsaxy for hosting.
Also, thanks for stopping by to see my post.
at December 14, 2010

Hello everyone!  Happy August! Another month gone, July went by much too quickly.  Summer is going too fast for me. Here we are again t... 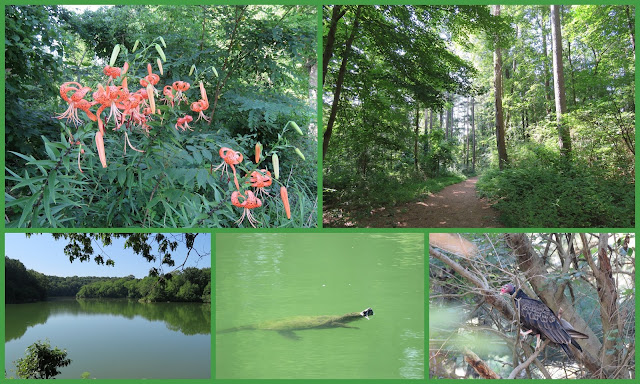