Hubby and I decided to take a last minute trip to Delaware and the Maryland shore. I was hoping to add some lifers to my list. So we left early in the morning on New Year's Eve and drove to Cape Henlopen State Park in Delaware.  The first bird I saw on the trail to the beach was a Hermit Thrush..a lifer for me. The Hermit Thrush ..my field guide says it is grayish brown, eye ring and spotted chest. Cool, I was off to a good start adding to my lifer list for the end of the year. 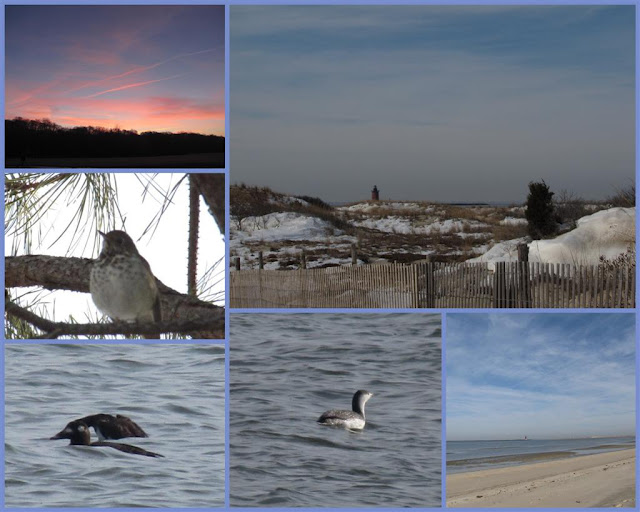 Below, is my quick point and shoot shot of the flock of Snow Buntings. They flew by so fast, I as surprised I ended up with any of the birds in my photo. I thought it would be one of my famous blue sky shots. The male Snow Bunting is mostly white and has dark wing tips. 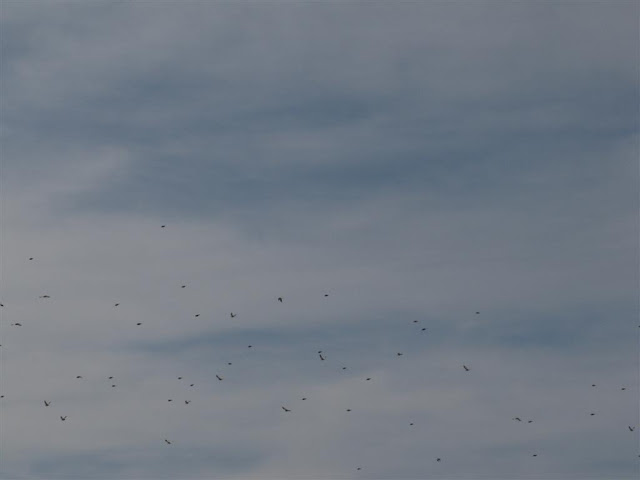 Since we finished kind of early at Cape Henlopen we decided to do a loop and drive to Ocean City Maryland and Assateague Island. Ocean City's inlet is usually great for birding. We stopped for lunch at a place called Dumsers famous for their ice cream. We had started with delicious seafood bisque (it was filled with scallops, shrimp and crab meat) and hubby had a crab cake and I had a tasty barbeque pork sandwich. A great place for lunch,  I would highly recommend Dumser's on Coastal Hwy. After lunch we were onto the inlet to check out the birds there. The birds I saw at the inlet were not lifers but I enjoyed seeing the Common Loon, Purple Sandpipers, Ruddy Turnstones and Sanderlings. There was still some snow around, this was the first time I had seen snow on Ocean City's beach. We even saw a snowman near the jetty at the inlet. 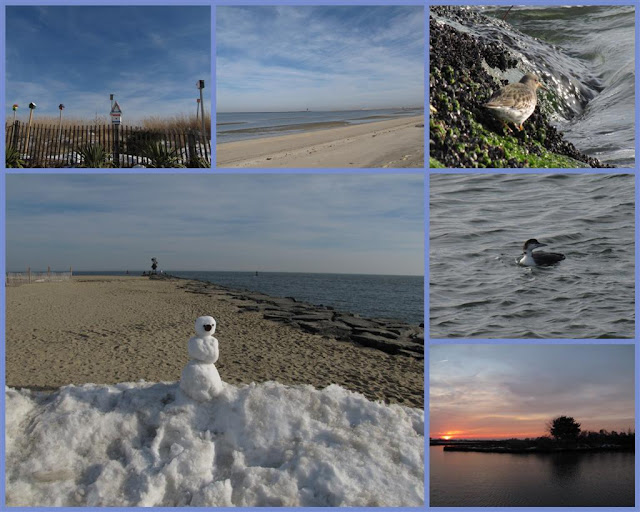 In the mosaic above, pic's of some cute birdhouses on the dunes at Ocean City, Purple Sandpiper, Common Loon, Snowman and the sunset at Assateague Island. We were making so many stops we decided to spend the night and continue having more fun at Ocean City and Assteague on New Years Day. 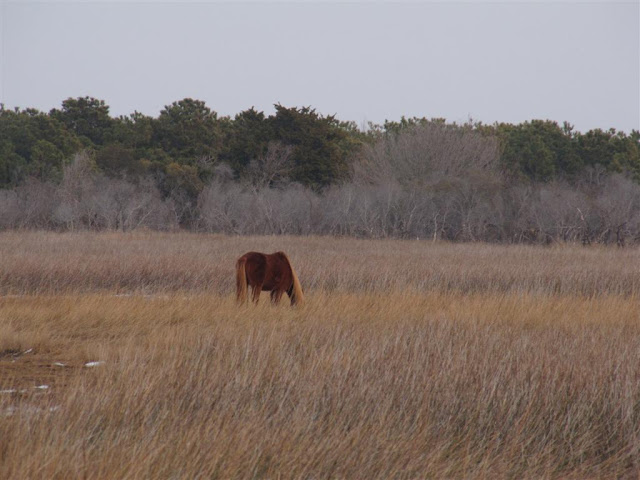 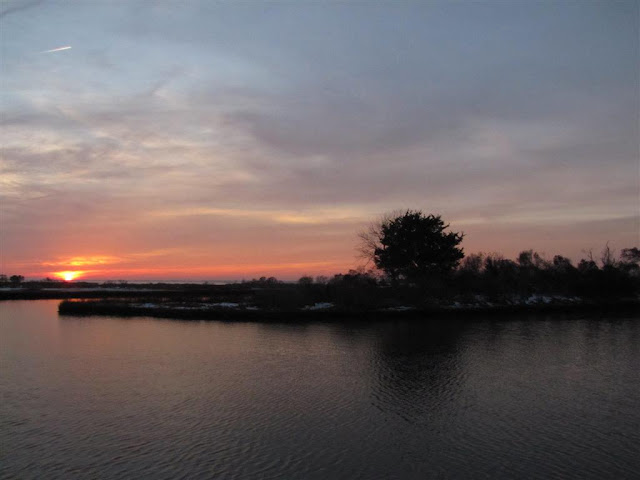 Above is the beautiful sunset we were lucky to see at Assateague Island. Even though I did not see my Snow Bunting hubby and I had a great New Year's eve.

I am linking up with Mary's Mosaic Monday  and to show off the pretty blue skies check out Sally's Blue Monday  and That's My World . Click on the links to visit these fun memes. Thanks to both Mary and Sally and the hosting team at That's My World for hosting and thank you for stopping by to see my post.
at January 02, 2011

Happy Monday everyone! I wish you all a great day and a happy new week! Hang in there!!! Enjoy your day!  Comments off! 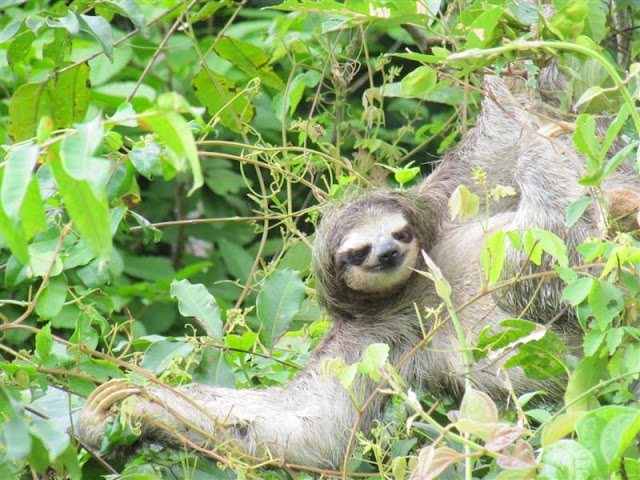 eileeninmd
I am married for 30+ years. I am a Mom and a grandmother. I live in Maryland, USA. Retired since Dec 2014 My hobbies: traveling, hiking, birding, taking photos and anything nature related. My blog is my memory keeper of places I visited and things I have seen. eileen.inmd@gmail.com