I am linking up with Mosaic Monday and Our World Tuesday

On Saturday, hubby and I drove to Delaware to visit Bombay Hook NWR. I included a link for Bombay Hook NWR which lists the many activities they will be having during their anniversary celebration. If you want to visit during this time you can check out the calendar of events. We did not know until we arrived at Bombay Hook, they are celebrating their 75th anniversary. The Bombay Hook National Wildlife Refuge was established in 1937. 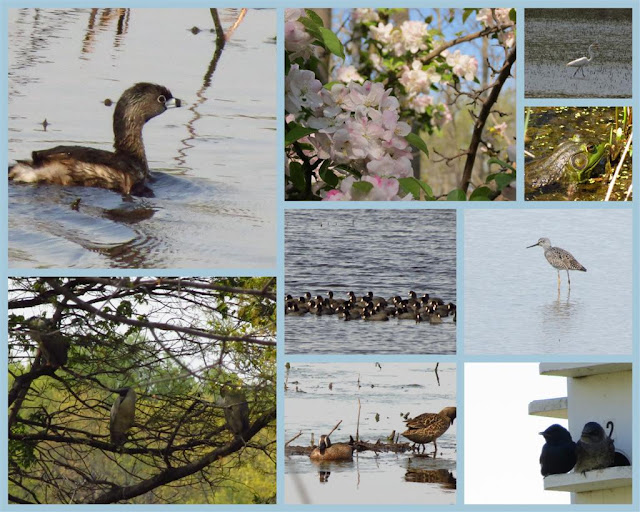 In my mosiac above I have a cute Pied Billed Grebe, tree blossoms, Great Egret, raft of Coots, Yellowlegs, three Black Crowned Night Herons in the tree, Blue-winged Teals, and Purple Martins at their house. 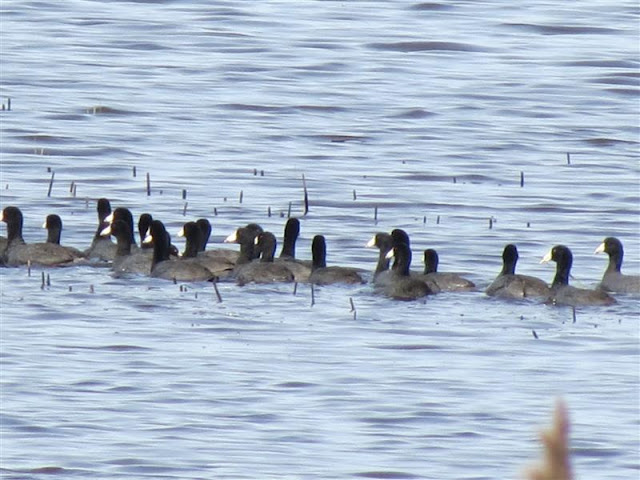 I believe the bird with the highest count seen at Bombay Hook were the Coots. Hubby and I were in disagreement over the count. I said there was close to a thousand Coots throughout the refuge and hubby had a lower count of 700-800. The other highest count birds were Dunlins and Sanderlings?  The Coots were in such large groups, I was never able to fit a group on one photo. We also saw some Yellowlegs and maybe Dowitchers. I am happy the shorebirds are arriving. 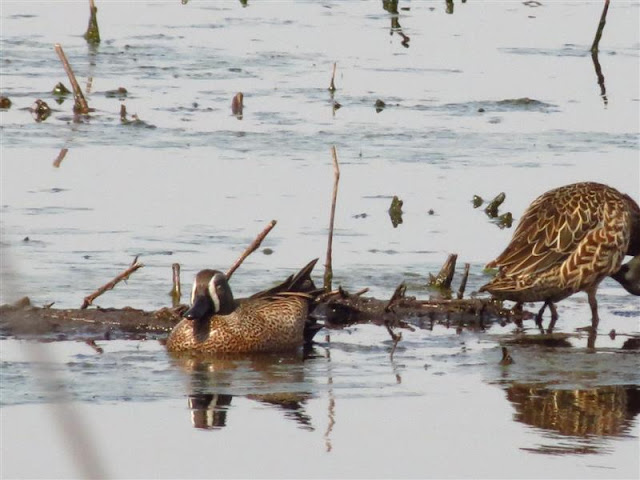 The Blue-winged teals were also plentiful at the refuge. 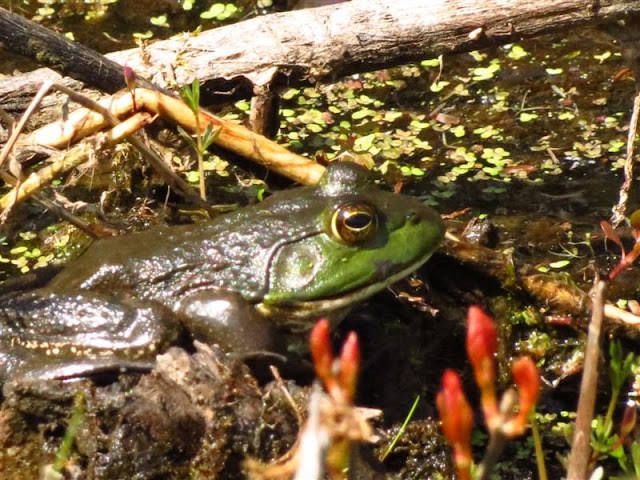 We saw lots of cute frogs too. 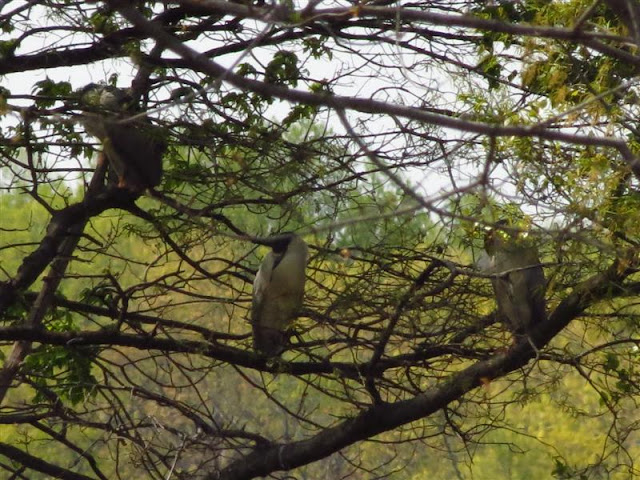 A few of the Black-Crowned Night herons look like they were napping. Their beaks are tucked into their chest. Do you see three of the Night herons? Their Black Crowns and white chest are pretty easy to see. 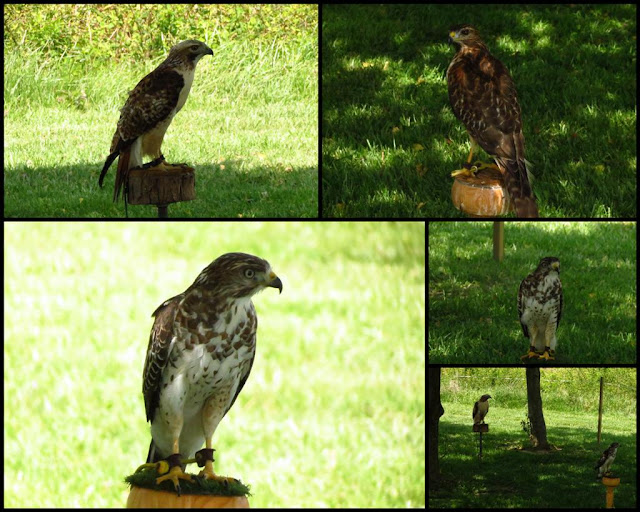 One of the activities they had on Saturday was a display of the wild birds of prey which are native or known to migrate thru this area.  Included were the Red-tailed hawk, Merlin, Peregrine Falcon, Broad-winged hawk and a Red-Shoulder hawk.


The Wild birds of Prey program is a cool experience to see these beautiful bird up close and learn more about them. It is sad to learn each one had some kind of disability. The Red Shouldered Hawk was blind in one eye and the Merlin had a broken wing. The Red-tailed hawk was actually the western species and had a beautiful white chest which is different than the east species which has the dark belly band. 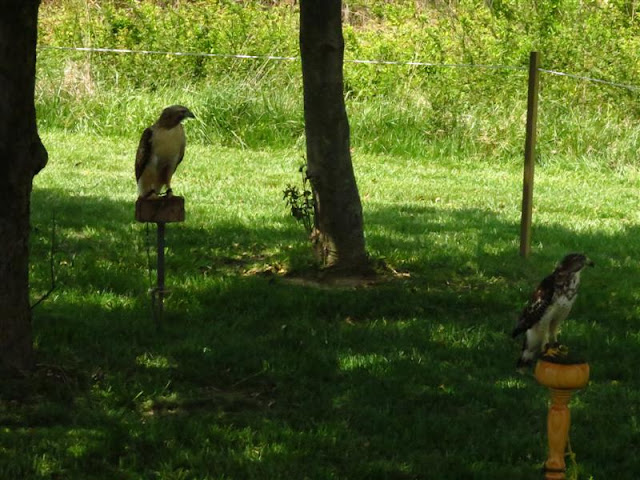 I thought the hawk in the back was beautiful and is the western version of the Red-tailed Hawk.

I hope you enjoyed my post and I appreciate the visits and the comments.

To see more wonderful mosaics, post  and photos click here Mosaic Monday  and Our World Tuesday.
Thank You to Mary of Mosaic Monday and to the hosting group of Our World: Arija, Gattina, Lady Fi, Sylvia and Sandy.
at April 15, 2012

Welcome to Saturday's Critters ! Hello and happy Saturday!  If you love all God's creatures like I do and also like to blog about th... 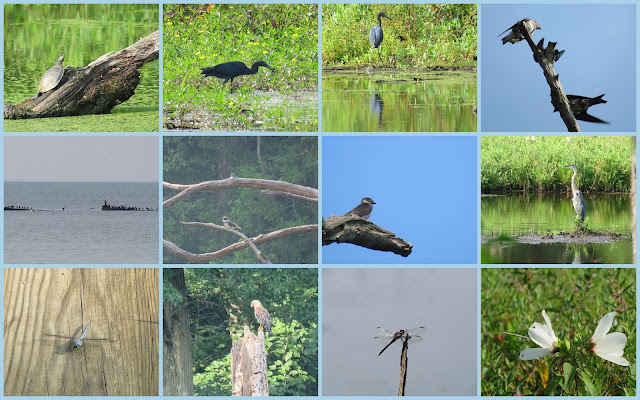