Three of my lifers were the Rhinceros Auklet, Brandt's Cormorant and the Tufted Puffin all three seen on the Oregon Coast. 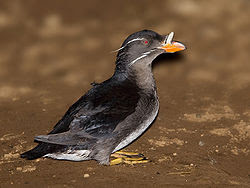 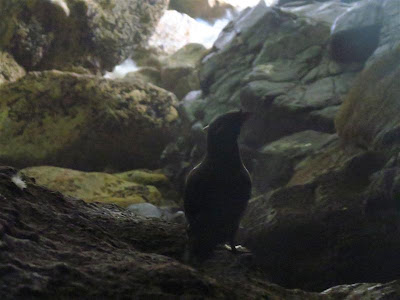 It was dark inside the caves, when I notice three of these birds close to where I was standing watching the sea lions. One was an adult feeding two juveniles. My photo is not the best but if you look very hard LOL, you can see a bit of the horn ( present in breeding birds) and the white plumes above the eyes. . I actually had great views with my binocs since they let so much light in and the three birds were only just on the other side of the fence from where I stood.. They feed on small fish and nest in seabird colonies. 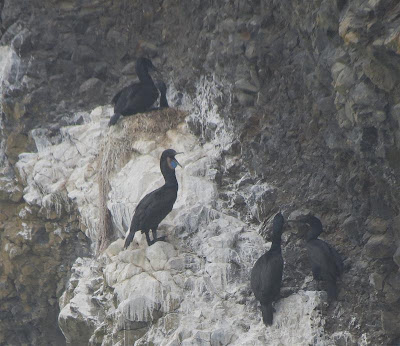 Another one of my lifers was the Brandt's Cormorant.  The breeding Brandt's Cormorant has a blue throat pouch. I was able to catch one of the adult Cormorants showing off his/hers pretty blue pouch. They dive for their food and feed off of small fish. 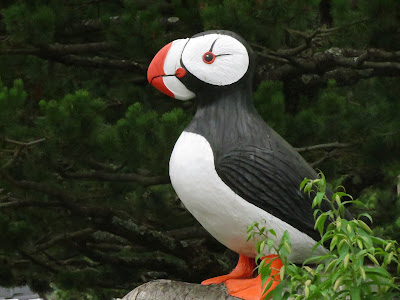 Edit; Sorry, but this Puffin is the town's mascot and is a statue. I did take the photo but it is not a real Puffin. LOL, pretty life-like statue though!  Cannon Beach and Haystack Rock are known to be breeding areas for the Tufted Puffin.

This was another one of my lifers. Not really, LOL! I did not get a photo of it but, we were able to see the Tufted Puffin twice with my binocs flying in and out of the Haystack Rock on Cannon beach. T

he Tufted Puffin is also known as the Crested Puffin. The yellow tufts appear on both sexes during the breeding season. They nest in grassy sides of cliffs or on the grassy side of the Haystack Rock. I did read their feet turn a bright red in the summer. 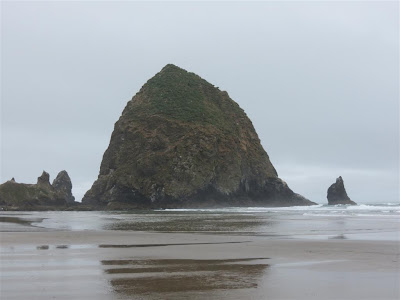 Haystack rock  was a big attraction on Cannon beach. At low tides the tidal pools were great and you could see nesting birds all over the rock. This side shows the grassy side at the top of the rock.

Thanks to Stewart the host of Wild Bird Wednesday and thanks to Michelle the host of Nature Notes. Also, thank you for stopping by to see my post. Happy Birding and I hope the rest of your week is great.
at August 28, 2012

Welcome to Saturday's Critters! Hello and happy Saturday!    If you love all God's creatures like I do and also like to blog about t... 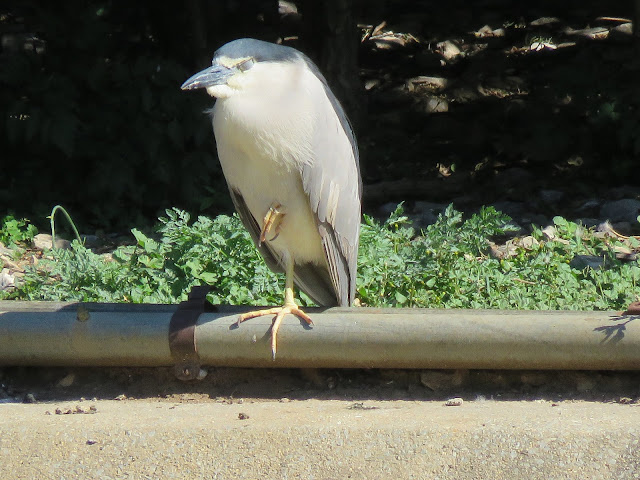