I am linking up with Wild Bird Wednesday and Nature Notes 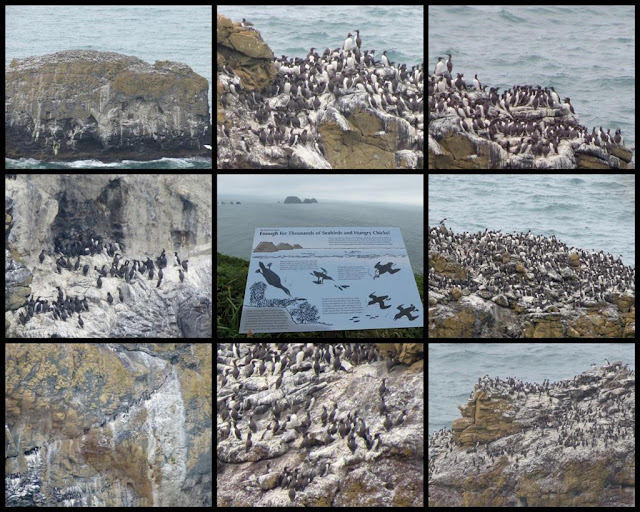 The Common Murre is an Alcid that dives for their prey. They use their wings and their feet for propulsion and steering. The Common Murre has a thin bill. It has a black head, back and wings and white underparts.The face is white with a dark spur behind the eye. 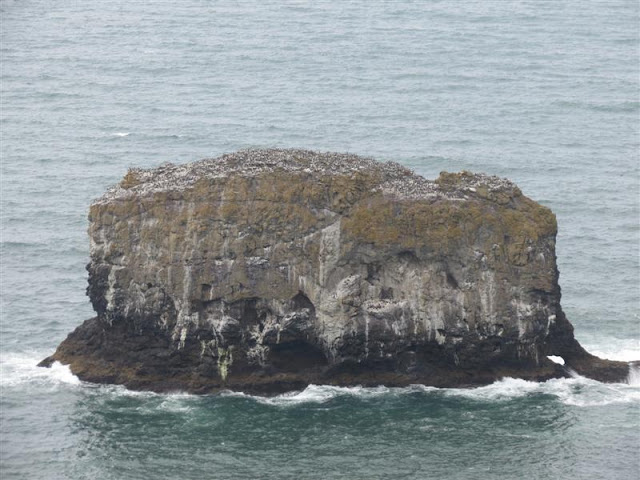 The Pyramid and Pillar rocks are part of the Oregon Island National Wildlife Refuge. I was able to zoom in few a few closeups. But the photos of the Common Murre are fuzzy. 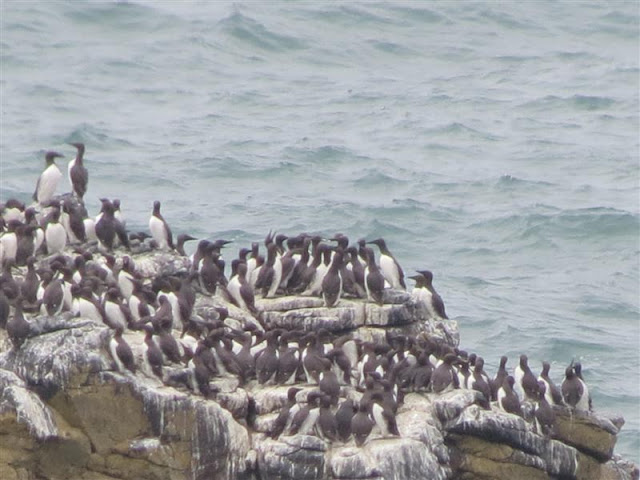 The Common Murre breed in colonies in high densities, nesting pairs maybe in bodily contact with their neighbors. They do not make a nest, their egg is incubated on a bare rock ledge. 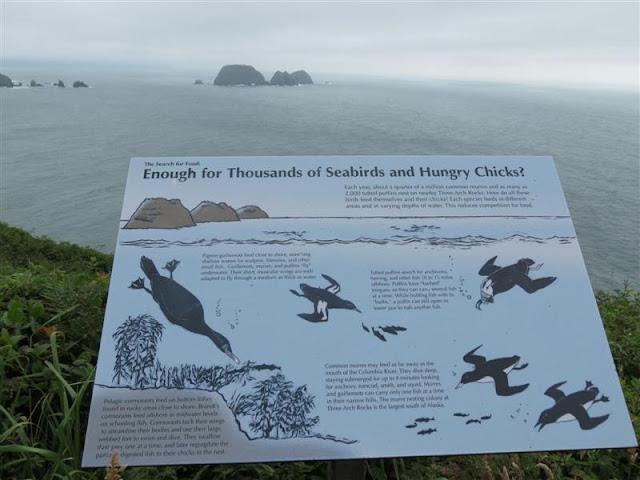 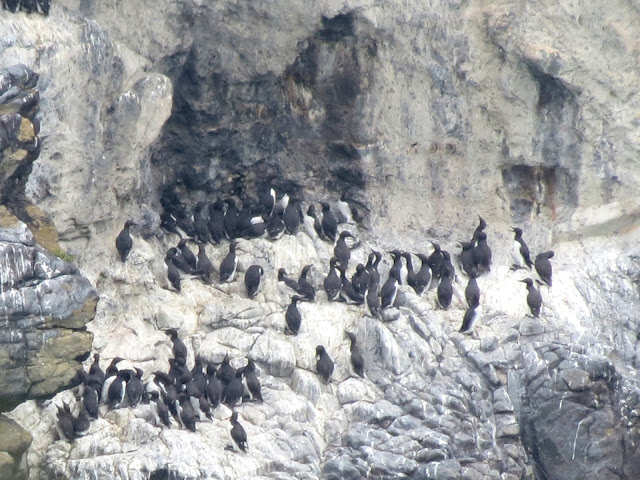 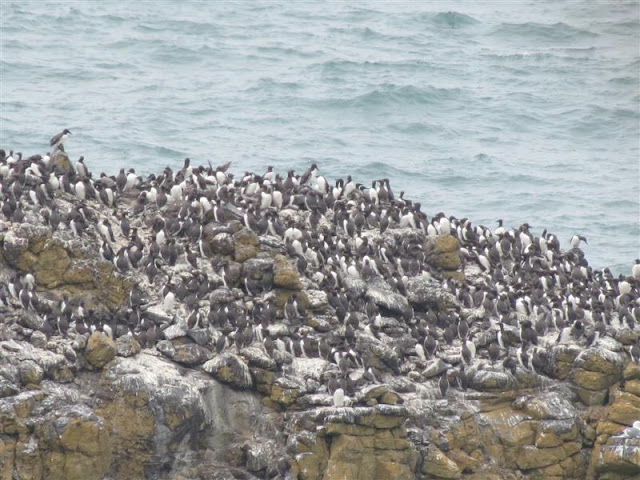 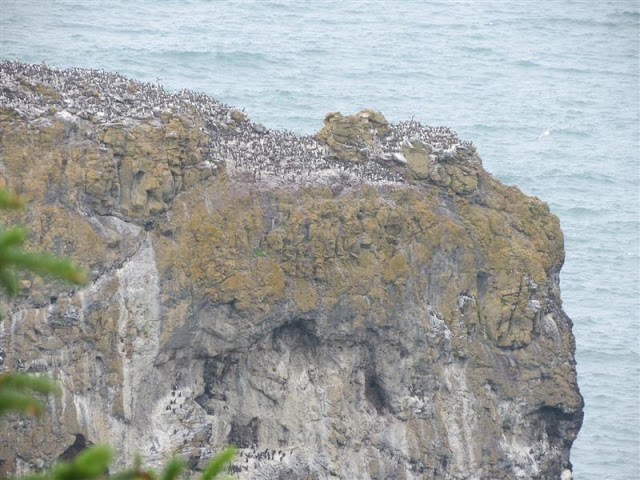 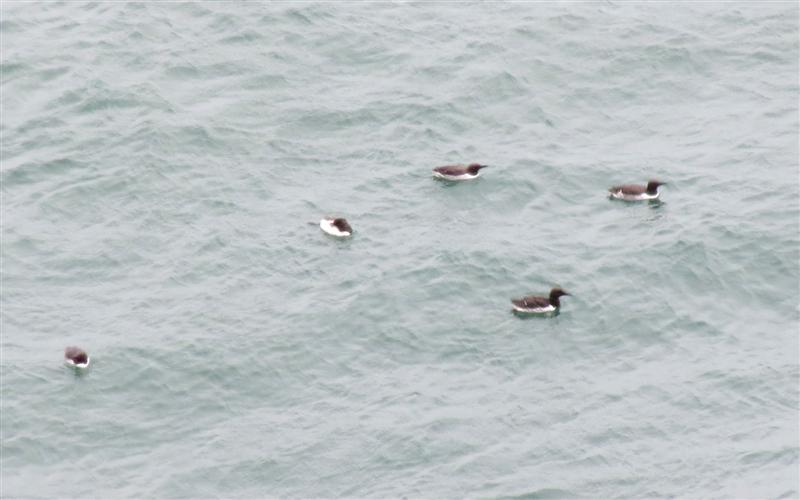 A fuzzy shot of a few of the Common Murre in the ocean.
It was an amazing sight to see so many of these Common Murres in one spot. Zooming in on any one spot on the rock I could see how close the birds were to each. The Murres and other birds were sitting on just about on every spot of the rock. It was an amazing sight to see, if you are in the area I highly recommend visiting Cape Meares. 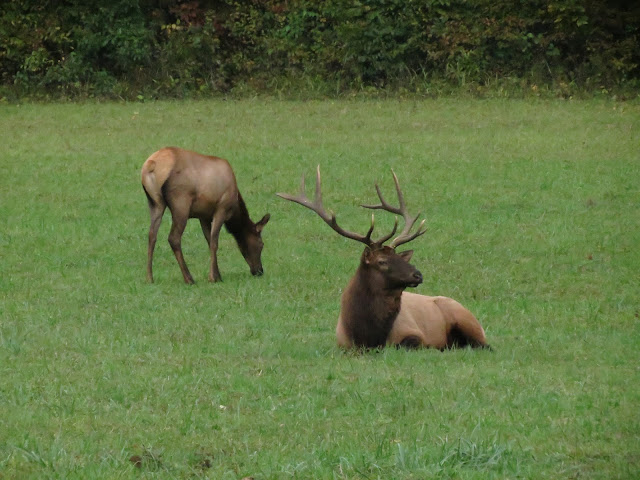