I wanted to finish my little series on the National Wildlife Refuges, my last two post show  wildlife refuges from around the country.  When the wildlife refuges were started they were a place for the migratory birds to rest and some to nest. Our current administration has opened more federal land for hunting. I can only assume once a species is gone, they will look for something else to hunt?  I am not against hunting completely, only that there should be limits.
1.  Hubby and I traveled from Salt Lake City to the Tetons NP during two separate trips. One trip we stopped and visited the Bear River Migratory Bird Refuge.  Below are some of the birds we saw: Black-necked Stilt, Tree Swallow, Mountain Bluebird, White-faced Ibis, Yellow-headed Blackbird and the  Meadowlark. The Bear River flows into the Great Salt Lake.
Click on images for larger viewing.. 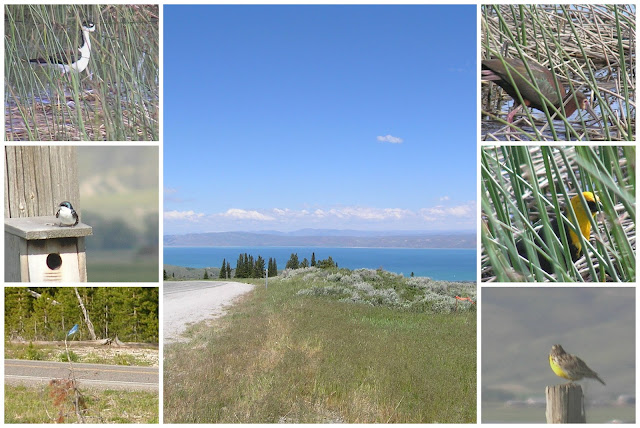 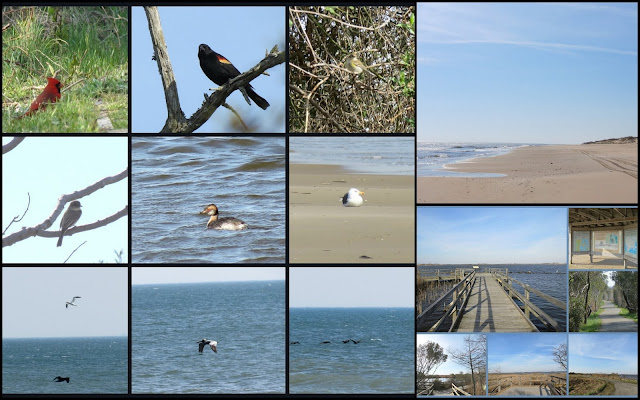 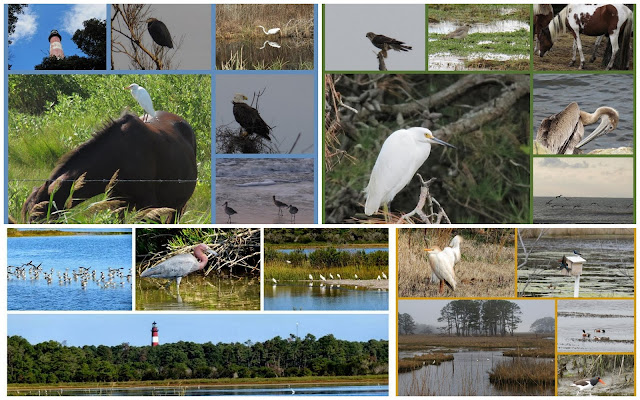 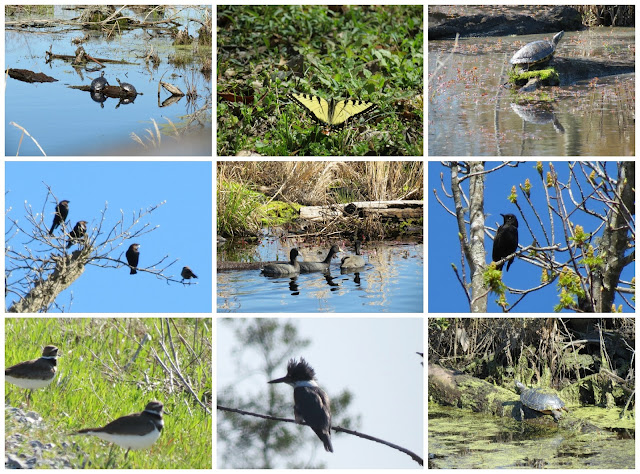 5. We have been to three of the National Wildlife Refuges in the state of Washington, my favorite was Billy Frank Nisqually NWR near Olympia Washington. Original post seen here Nisqually NWR.
Seen below, the boardwalk, Hooded Merganser, Gadwall, GB Heron with gulls, Song Sparrow, Cormorants, Barn Swallow Tree Swallow, Seal, Canada Geese and the twin barns. 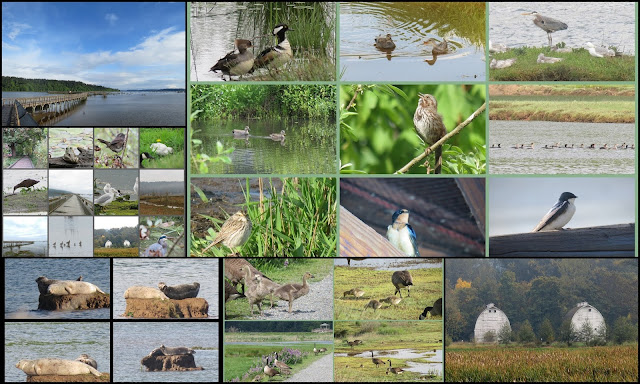 6.  Dungeness NWR  in Sequim Washington.  We have been to this refuge a few times. It is another one of my favorite places. Original post seen here Dungeness NWR.
Seen below, the trail at Dungeness NWR, Rough Skinned Newt, the Dungeness Spit, Driftwood, Black Oystercatchers, Cormorants and Mergansers. 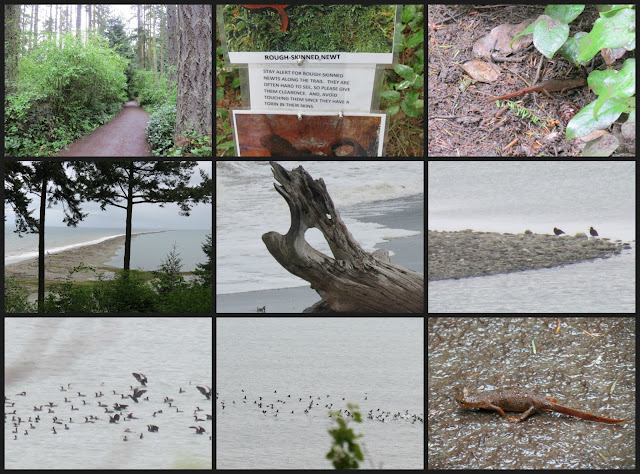 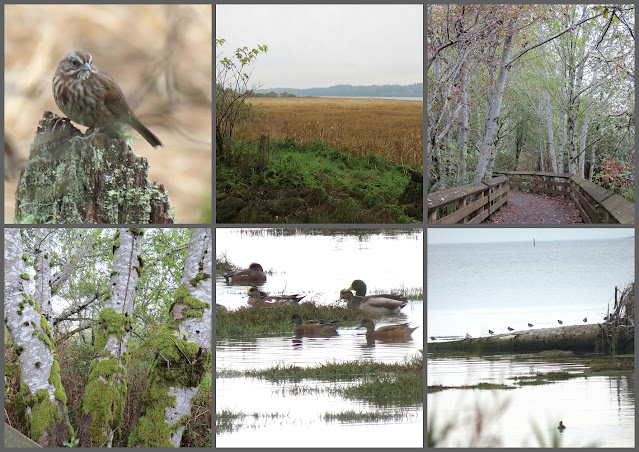 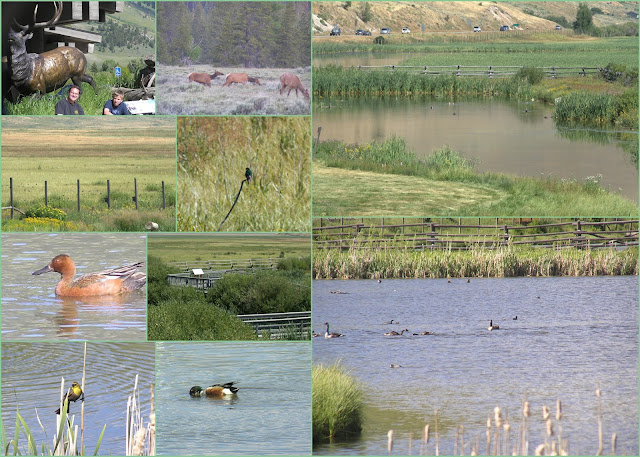 President Theodore Roosevelt designated the first national wildlife refuge, it was the Pelican Island NWR in Florida. The NWR is a system of public land set aside to conserve fish, wildlife and plants. Land set aside for the benefit of present and future generations of Americans. Enable the public enjoyment of these conservation lands.


Thanks to all my visitors and for all the wonderful comments. Stop back to see any replies to your comments. I appreciate everyone who loves critters and has linked up their critter post.


Here is my linky:

You are invited to the Inlinkz link party!

Email ThisBlogThis!Share to TwitterShare to FacebookShare to Pinterest
Labels: I'd Rather Be Birding, NWR, Saturday's Critters, Utah, Virginia, Washington, Wyoming

Happy Monday, everyone! I hope you all have a great day and a happy new week! Kirkjufellsfoss Waterfall, Iceland  "Kindness it cost not... 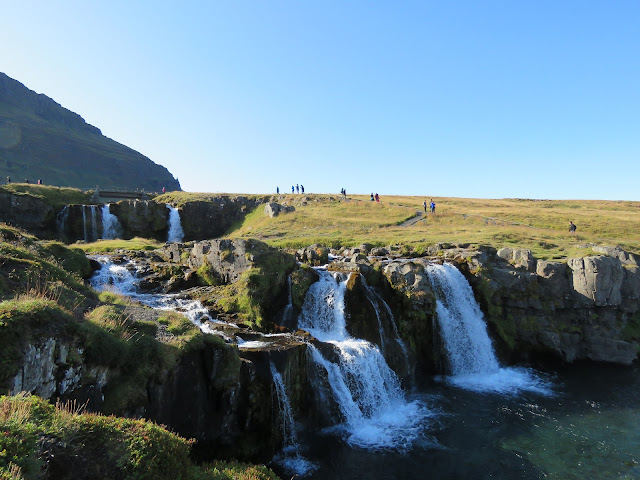